Shaal: The second Central Committee meeting of the ongoing term of the Baloch National Movement was held on 17th December. The meeting was presided by the party chairman Dr. Naseem Baloch. The situation of Balochistan and the region, the secretaries’ report with a critical review and question-and-answer, the unity among the Baloch nationalist political parties and the agenda of the future course of action were discussed in the meeting.

The central committee has appointed Chairman Dr. Naseem Baloch, former party chairman Khalil Baloch and Sattar Baloch to formalize the long-standing efforts of cooperation between pro-independence Baloch nationalist political parties and to start negotiations with the pro-independence parties. This committee will frame the terms and conditions of the alliance on behalf of the party.

The members discussed Balochistan’s and the region’s political situation in the meeting. They expressed deep concerns about the involvement of multinational companies in the looting of Baloch resources in Balochistan, and decided to launch a campaign to resist the exploitation of national wealth. In light of this decision, BNM’s Foreign Affairs Department will write letters to inform the concerned companies and countries to express their concerns to them. As well as, this would propose guidelines and activities to the party.

The policy-making body of BNM has termed the so-called Counter-Terrorism Department (CTD) as the important weapon used in the Baloch Genocide, and called it an attempt to push the Baloch nation towards civil war, so appealed to the youth not to be a part of this enemy force. The party would conduct an awareness campaign to prevent recruitment in CTD.

Responsibilities were assigned to improve party progress; instructions were issued for forming Zones and cells. A Baloch Writers’ Forum will be established at the party level. Radio Zrumbesh was instructed to conduct regular talk shows to promote the pro-independence and national narrative. A presentation containing uniform information will be prepared by the party to inform people about the situation of Balochistan abroad so that foreign diplomacy can be conducted under a centralized framework. The syllabus prepared by the Literary Committee will be published along with the Balochi translation with audio recording. A social media team would be formed for effective communication in the social media of the party and party leadership, which would provide guidelines to the relevant department for the effective use of social media. 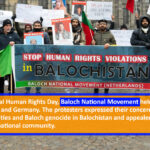 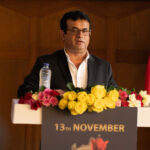 The situation in the region has changed, we have to make decisions according to the situation – Dr. Naseem Baloch