On the occasion of Baloch Martyrs’ Day, a grand event was organized in the Netherlands on November 13 in connection with the central programs of BNM.

Addressing the event, Dr.Naseem Baloch said Pakistan is committing atrocities to stop the Baloch movement, which today’s world cannot justify. The Pakistan Army is not targeting the armed people but is geocoding the entire Baloch nation.

Posted by BNM Netherlands
Reports on the activities of the BNM Nehtherlands Chapter.
Previous Article 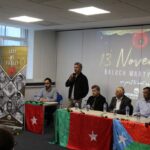 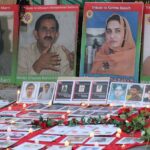