The Baloch National Movement (BNM) Chairman Khalil Baloch condemned the cold blooded murder of three Shia women belonging to the Hazara community of Occupied Balochistan. The detestable act is the continuation of the Hazara genocide being perpetrated by the state sponsored religiously motivated terror outfits. The Pakistani army and its intelligence agencies have increased the use of sectarian death squads in Occupied Balochistan to mislead the world in to developing a pretense regarding the Baloch independence movement as being a sectarian conflict. The Pakistani state continues to employ religiously motivated terror groups to counter the Baloch independence movement by misleading the traditionally secular Baloch nation towards religious extremism. It is through those terrorist proxies that the Pakistani state is trying to prolong its occupation of Balochistan by radicalizing Balochistan’s secular society through the imposing a Syria and Iraq like situation in Occupied Balochistan. The Baloch national culture has respect for women and children and religious freedom as fundamental values that the Pakistani state has, time and again, proved to have no regard for. The Pakistani state is not only a threat to the survival of the Baloch nation but also to the Sindhi, Pakhtoon and all minority religions. This region and the world will continue to suffer at the hands of terrorism till existence of Pakistan because that terrorist nurseries and schools in Pakistan are responsible for that. The United Nations, world powers, responsible members of the international community must bring peace to the region through the national liberation of different nations of the occupied region, in particular, Occupied Balochistan. 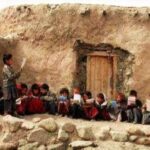 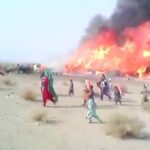