Shaal: The BNM spokesperson in his statement said that the dead bodies discovered on the roof of Nishtar hospital in Multan and the condition and attire of these dead bodies and the way these are treated raise our concerns that these are dead bodies of forcibly Baloch disappeared persons.

He said that on Thursday, the news went viral on social media with gruesome videos and pictures that around five hundred unidentified mutilated bodies were found on the roof of Nishtar Hospital Multan. Those who were thrown on the roof inhumanely, whose flesh were being eaten by vultures and crows. These bodies were identified by Tariq Gujjar, adviser to the Chief Minister of Punjab. Despite this, the Pakistani media has suppressed this news. It also shows this reality is against Pakistani institutions that is why this news is being hidden in media.

“In this month, the bodies of 168 unidentified people were found in Punjab. Those who were declared unknown persons and buried unanimously.”

He said that an unusual number of dead bodies of unknown people are being recovered in Punjab, where Baloch political prisoners were kept in torture cells in the past. We still fear that these bodies are from forcibly disappeared persons handed to the hospital to be used for medical students. The hospital administration has admitted that these bodies were handed over to the hospital administration by the Pakistani security forces, who could not keep them in the morgue due to injuries and were placed on the roof for putrefaction. So that the flesh can be separated from the bones to teach the medical students.

The spokesman said in the past, Baloch have also expressed their concerns that finding such a large number of unidentified bodies in Punjab is not a usual event to be ignored, so the international community and human rights organizations should urge the government of Pakistan to do DNA test for identification of these bodies. 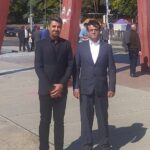 Interview: It is a matter of time when the world takes note of Pakistani ‘genocide’ in Balochistan—Dr Naseem Baloch in Geneva
Next Article 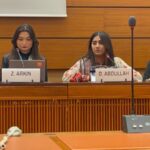