There is no doubt that the language is the center of the human intelligence. A positive relationship exists between language ability and mental ability.

The language serves as the primary medium through which not only the thoughts and feelings are communicated, but also the customs, values, culture and history are communicated and transmitted through generations.

Every language has its own identity, with its unique wealth of philosophy, poetry, myth, idioms, quotes, cultural values and knowledge. The language represents the history of the land and the people, and contains ecological and geographical knowledge, which will be lost forever with the extinction of the language.

The beauty of this world is in its diversity. Different languages and different cultures are treasures not only for a single nation or region, but also for the entire humanity. Extinction of a language means extinction of part of the civilization forever.

Many countries have a language policy to promote an official language and discourage the use of other languages. Furthermore, some other countries use all the measures to suppress the minority languages and ban the natives from using them in an attempt to eliminate their language and culture to marginalize and assimilate the minorities. Which increase the number of dead or extinct languages in a relatively shorter period of time.

Till today, some colonizing states are systematically following iniquitous procedures by imposing an alien languages and reducing the status of indigenous languages to minority languages in order to marginalize them and then push them into extinction, in an effort to deny the indigenous people their right of existence by trying to eliminate their culture, language and identity and change them to minority on their own homeland to continue their strong hold on the occupied lands.

Implementing these policies by many colonizing states, led to endangering and disappearing of many of the indigenous languages in occupied lands around the world.

After many centuries of these policies, the world lost more than 500 languages and the list is getting constantly longer. Most linguists agree that a century from now, the world may witness the extinction of more than half of the 7000 of the world languages.

As a consequence of this devastation situation, many countries reversed their policies now to protect and promote the regional and ethnic languages whose viability is threatened.

It is an agreed fact that the education in the mother tongue has a great effect in shaping children’s thoughts, emotions and learning skills, especially at the early age of their life. And it is one of the basic Human Rights, as declared by the UN article number four, signed by all member states including the ones, which are denying these rights to the locals. Despite signing the UN declaration, these occupying forces fighting tooth and nail to make sure the native languages of the ingenious people don’t revive. By denying the indigenous people the education in their own languages and impose an alien language on them, they are not only killing the culture and language of these people, but it also keeping them uneducated and backward.

Denying the educating in the mother tongue not only eradicates a culture and a language, it also avert these children form their basic right of education. According to Minority Rights Group International, about 70 per cent of the children out of school worldwide are minority and indigenous children.

Pakistan is occupying Balochistan, adopted the policy of promoting Urdu on Baloch territories to replace Balochi with Urdu. Denying the local people of their right to use their ancestor’s language, which is thousands of years old, with a completely alien language.

Today in Balochistan, the people are suffering from multiple directions. They are denied their basic rights in all aspect of life, including the education in their mother tongue.

There are also clear evidences that Baloch children are daunted from enrolling in schools and are more likely to dropout because they do not understand or speak the language used in education. That increases the illiteracy radically among the Baloch population.

As any other nation, Baloch has his own native land, languages, culture and history. Balochi language is one of the oldest languages in the world and it has preserved its uniqueness for centuries. It comprehends an exclusive culture, literature and history and it was transferred through generations in forms of poetry, quotes and idioms.

This is a clear violation of the basic human rights and UN charter. The Article 8 of European Charter for Regional or Minority Languages which states: “parties undertake to respect the right of the child to preserve his or her identity, including nationality, name and family relations as recognized by law without unlawful interference.”

“Urdu” is a Turkish word, which means “foreign” is completely a foreign language in Pakistan. None of the indigenous people of so-called Pakistan speak Urdu. It was brought from India and forced on locals. When Pakistan was created in 1947, it adopted Urdu as its national language and forced on the population there. The other reason Pakistan adopted “Urdu” as its lingua franca because of its second meaning “Army”, as Pakistan is an army state.

“Urdu” is still an alien language in Pakistan. None of the provinces speak Urdu as mother tongue at home. It is taught in the school. Where children get a cultural shock by this language, which is not related to them in anyway. Especially in Balochistan, where Balochi is the main language and it doesn’t have any relation with Urdu.

ISIS in Balochistan and role of Pakistani state in fostering extremism 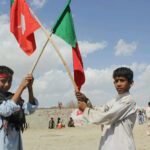 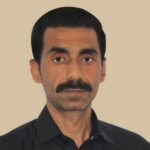