As in Kashmir or Afghanistan, the Pakistani security agencies have also resorted to religious extremists to act as their proxies. Fundamentalist terror organisations, including Lashkar e Taiba, Lashkar e Jhangwi, Lashkar e Khurasan, Jamatud Dawa and ISIS are becoming increasingly active in Balochistan. They freely patrol in convoys of pick-ups, without army interference, and are even sometimes guarded by the paramilitary Frontier Corps personnel.

In recent years, these extremist groups have openly taken credit for targeting Baloch political activists, journalists, educationists and intellectuals. Now they are beginning to target women and religious minorities as well.

Balochistan has traditionally had a tolerant and secular culture, in which education for girls has been considered a norm, and sectarian violence had been unknown. With the growing influence of state-sponsored extremism, however, all the girls’ schools in the Panjgoor, Turbat and Gwadar areas have been forcibly shut and teachers have been threatened and even killed for teaching girls. Last year, a well-known Baloch teacher, Zahid Askani, was killed for running a co-education school in Gwadar. Women who don’t cover their faces have been attacked with acid.

In the month of May last year, residents of Balochistan’s Panjgur district woke to the shocking news of a new extremist outfit threatening to target girls’ schools in the region.

In the past, the people of Balochistan have heard about such terrible things happening in Swat or other areas of Pakistan, but they would have never imagined in their wildest dreams that this will happen in their relatively more tolerant and liberal society.

A previously unheard group, Tanzeem-ul-Islami-ul-Furqan, issued a pamphlet in Panjgur calling the heads of schools to stop educating girls or face death. The group claimed the “westernized” schools were “corrupting” girls of the area.

Panjgur is part of Makran division, which is known for its secular and liberal traditions like most other Baloch areas. Followers of different religions and sects have been living in Balochistan in harmony for centuries. However, things have been changing fast since 2000. To counter the secular Baloch insurgency, Pakistan is using its traditional weapon of religion.

Sectarian strife is being encouraged in order to counter secular nationalistic sentiments. One key target has been the Zikri sect, a Sufi-like sect of Islam, like the Yazeedi Kurds. In late August 2014, Lashkar e Taiba attacked a “Zikrana”, Zikri mosque, in Awaran and killed 9 people and injured many others. On July 14, 2015, six Zikri pilgrims were killed by a group run by notorious religious fundamentalist Meeran Bizanjo who openly admits his association with ISIS. Ten days later, the spiritual leader of the Zikris, Zafar Noori, was abducted; he is still missing.

Two months ago, two more young Zikris, Fazal Baloch and Faisal, were brutally murdered and ISIS claimed the responsibility on its Twitter account.

As early as in January 2006, Fredric Grare wrote in a Carnegie Endowment report that Pakistan had increased the budget of the Ministry of Religious Affairs for Balochistan to 1.2 billion rupees. The Baloch nationalists fear Islamabad is exploiting Islam to counter secular Baloch nationalists.

In April 2010, another group, blamed by Baloch separatists to be sponsored by Pakistan’s intelligence agencies, claimed throwing acid on the face of three sisters for walking out of their homes without a male partner.

Apart from these events, Lashkar-e-Jhangvi, a Pakistani sectarian group, has stepped up attacks against the Shia minority community in Balochistan, killing thousands in bombings and targeted attacks.

There is ample evidence showing Pakistan’s military establishment is supporting such extremist groups in Balochistan to counter Baloch nationalism.

Shafique Mengal, a former commander of Lashkar-e-Taiba trained in Kashmir, has been heading a military-sponsored death squad against Baloch nationalists for last many years. In a number of video interviews, he has pledged to defend Pakistan by killing “RAW agents” (read Baloch nationalists). In one video, he is picnicking with military officials.

Since Pakistan’s establishment in 1947 on the basis of the so-called Two Nation Theory, meaning Hindu and Muslims were two distinct nations, the country’s establishment has tried to assimilate all the different ethnicities into one “Muslim identity”. As Pakistan comprises different people with their own distinct cultures, religion had been the key for the ruling establishment to keep the country’s territory intact. Therefore, secular nationalists have always been seen as a threat to Pakistan’s stability and every effort has been made to radicalize the secular segments of society.

The establishment’s policy of religious radicalization is not new, but it has seen significant escalation in Balochistan since the Baloch separatist insurgency has started receiving worldwide attention.

There is also another reason behind using religion to counter Baloch nationalism. The Baloch nationalist leaders have pleaded their case of an independent Balochistan with the international powers on the basis of secularism. They have argued that as Balochistan remains the only secular part in a region which is known for religious extremism, an independent Balochistan will serve as a buffer state between Pakistan, Afghanistan and Iran.

In turn, Pakistan is exporting extremists to Balochistan to counter this argument. The sectarian killings in recent years in Balochistan, carried out by groups with roots in Punjab, aim at, among other things, dubbing Balochistan as a land of extremism.

If this policy of radicalization in Balochistan is not stopped, another traditionally secular region will fall to religious extremists.

ISIS in Balochistan and role of Pakistani state in fostering extremism 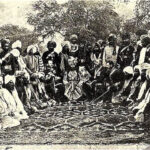 Baloch Nationalism: its origin, rise and future
Next Article 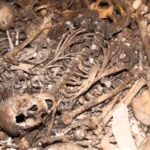