Read and download the full report in PDF format

Shaal: According to the monthly report of the human rights department of the Baloch National Movement PaanK,In October, the Pakistan army forcibly disappeared 38 people, including 20 students. After severe mental and physical torture, 18 people were released. while in the same month 14 people were killed in fake encounters which were previously abducted by Pakistan Army and their cases were registered with Human rights organizations.

According to the report, last month 2 from Shaal, 4 from Hub Chowki, 10 from Turbat, 3 from Karachi (Sindh), 2 from Sibi, 1 from Lasbela, 1 from Awaran, 1 from Shikaarpur (Sindh), 2 from Nushkey , 1from Nowshera Feroz (Sindh), 7 from Kharan, 2 from Khuzdar and 2 persons from District Kalat were forcibly disappeared by the Pakistani army after their arrest.

The report states that when the relatives of the missing persons staged a sit-in in front of the Chief Minister’s House and the Governor’s House against the Ziarat incident, a high-level government delegation led by the Pakistani Interior Minister came and negotiated with the relatives and convinced them that no one would be killed in fake encounters, but despite their promises the detainees were targeted in fake encounters. It clearly shows that Pakistan’s parliament and its members are totally helpless in front of their powerful military.

Panak’s detailed report has been released in Urdu and English language on BNM’s main social media accounts. The report contains all the necessary details of enforced disappearances and custodial murders. 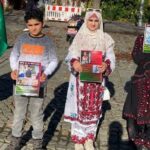 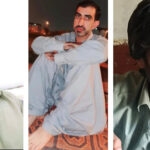