There will be protests in different countries against the human rights violations in Balochistan.

The demonstrations will be held in two cities of Germany, and Switzerland, England, Norway, Australia, South Korea and Canada.

The aim of this protest is to highlight inhuman conduct of Pakistan towards Baloch nation in Balochistan. Pakistani forces are busy in a brutal military operation by ground and air forces since occupation on Balochistan in 1948. The current on going phase of atrocities and oppression began in 2000 just after General Musharraf took charge.

All social media activists are requested to use our hashtag #UnInterveneInBalochistan on international #HumanRightsDay, the 10th December.

All human rights activists, organizations are requested to take part in these protests to highlight Pakistani atrocities in Balochistan.

BERLIN: Protest in front of Berlin Gate and rally

HANNOVER: Protest in front of main train station and rally 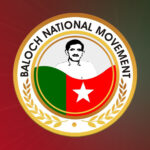 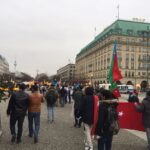