Some local newspapers carried a planted story on November 24, quoting the spokesperson of the Baloch National Movement (BNM) as saying that the BNM “welcomes Israeli Prime Minister Benjamin Netanyahu’s policy to persuade the United States administration to put more sanctions on Iran”.

The BNM spokesperson has never issued any such statement. The local papers that carried the planted news item are well aware of the BNM’s source of contact. It becomes their journalistic responsibility to investigate who planted this story and why their editorial teams carried it without any confirmation when they knew it did not come through the BNM spokesperson’s email address.

The BNM’s policy in this regard is clear and it has expressed it on numerous platforms that regional or international confrontations on the name of religion will only harm the peace of the world. All the countries should resolve their issues on the basis of peaceful coexistence. It’s the only way for the survival of humankind and their development.

The BNM denies this planted story and requests the editors of news outlets not to carry any press release from the party unless it is received from the BNM spokesperson’s known contact address, otherwise they should confirm the news with the spokesperson before deciding to print it.

Posted by InfoSecBNM
Follow:
The Information and Cultural Secretary of BNM is the party's spokesperson and is responsible for the party's publicity and issuing of statements.
Previous Article Arrested in Quetta
Next Article 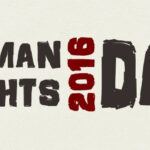