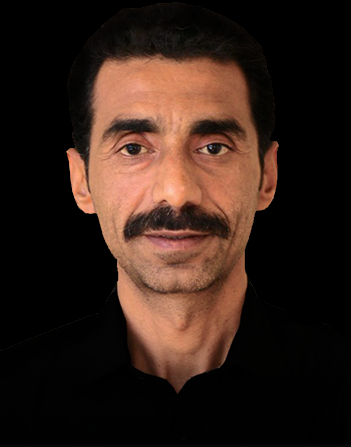 Khalil Baloch, the Chairman of Baloch National Movement in his today’s statement welcomed the new members of BNM and expressed his gratitude.

He remarked, “I welcome our new friends; and your joining of BNM is a source of great satisfaction as well as this act is the sign of trust of Baloch nation on BNM which is getting stronger with every passing day. Baloch Nation Movement is a platform for all political workers those with a political belief want to struggle on democratic ground for a free Balochistan. We are sure that our new companions would play a lasting role in this caravan of Shaheed Ghulam Mohammad.”

He asserted that Baloch National Movement is a democratic and national party. We not only respect the differences in view point, proposals of members and cadres, but give it weight-age to that, while drawing central policies of the party.

“The Party constitution and discipline are basis of trust on one another, and mutual respect is our organizational asset.” He said.

He said, “due to the unmatched sacrifices of Shaheed Ghulam Mohammad, Shaheed Dr. Manan and thousands of BNM political workers, today the members of BNM not only in Balochistan but they are playing a historical role across the world. This role of workers not only is the foundation for strengthening BNM, but it is also a source of dispatching the voice of Baloch nation on different forums of the world.”

Chairman Khalil Baloch optimistically commented, “today Baloch national struggle has reached a level where it got the tacit approval of the world, and made it clear to the enemy that it is impossible to be suppressed or crushed; that is why, we can observe that our enemy is continuously shifting its policies to counter Baloch movement and intensifying its atrocities, but all of its tactics are meeting with constant failures.”

He declared, “twenty first century is the century of Baloch national struggle. The responsibilities of leadership, cadres and members have increased. It is the demand of time that we within the framework of party discipline should accelerate our party mobilization. We want to make it clear that no individual is above than organization, and Baloch political workers should understand this fact which is in the greatest interest of Baloch national struggle.”

Posted by InfoSecBNM
Follow:
The Information and Cultural Secretary of BNM is the party's spokesperson and is responsible for the party's publicity and issuing of statements.
Previous Article A number of BRP members join BNM
Next Article BNM terms the demise of Bibi Ganjal as a national tragedy
Leave a comment