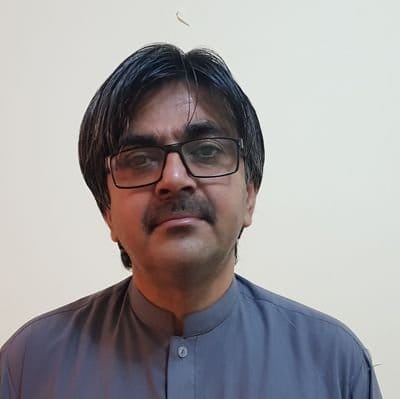 Baloch National Movement’s Central Information Secretary, Dil Murad Baloch has released the report for October 2020. On the occasion, he said that the Pakistan army had carried out more than 50 military operations and raids in different parts of Balochistan. The security forces during those military operations arrested and disappeared 36 persons. While in the same month 9 people were killed; among them, one was Hanif Chamrok. Hanif Chamrok was the father of renowned human rights activist, Tayyiba Baloch. The Death Squad persons gunned him down in front of his house. Pakistan army killed two nephews of Kamash Saaho in Mashkay Zahmro and also killed a young man in district Gwadar. Five Sarmarchars also embraced martyrdom in a face to face fight with the Pakistan army. In separate incidents, two women were killed in Kech.

In October Pakistan Army carried out more than 50 military operations and raids in the width and breadth of Balochistan; several houses were set on fire. In October, the army forcibly evacuated a house in Tump Kech and turned it into a military check post.

Dil Murad Baloch stated: “Pakistan Army, intelligence agencies of the state and proxy death squads have started a bloody series of operation in Balochistan, which is turning more intense with every passing day.”

In connection with recent fighting where the Pakistan army refused to hand over the dead bodies of Baloch Sarmarchars to their families, Dil Murad said: “ This is a new addition in the column of Pakistani atrocities; this is the harbingering of a new policy, which is being intensified. The dead bodies of the Baloch martyrs are not being handed over to their families; rather they are being buried in unknown places. This is a serious violation of human ethics and international laws.

Though we don’t expect any human values from Pakistan, the United Nations and world super powers should break their silence and hold Pakistan accountable.”

He said that the dead bodies of Shaheed Noor Khan and Shaheed Irfan were buried near army camp, by digging a grave with a tractor. In the same fashion, in previous days the dead body of Shaheed Ishaque Rahmen was buried in an unknown location. This is a new addition to the policy of collective punishment. These Baloch were martyred in the battleground.

He added, “We are not expecting that Pakistan will abide by war ethics and even this is futile to think any good from Pakistan, but hiding the dead bodies of the Baloch martyrs is the expression of Pakistan loathing with the Baloch nation.”

Dil Murad Baloch asserted that such policies had never been employed even in the worst crisis of the world. This also raises doubts that the Pakistan army had been using chemical weapons. The United State of America had buried the most wanted, Osama bin Laden’s dead body in the ocean so that no more terrorist would recruit. But in these situations nor any Baloch is a most wanted nor a labeled terrorist. Exception with Pakistan no country and media in the world termed Baloch as a terrorist. In this situation, while hiding the dead bodies of Baloch fighters and not handing them to their families and not allowing them to perform the burial rituals is a new chapter of Pakistan’s atrocities with the Baloch nation.