The spokesperson of the Baloch National Movement (BNM) has said that the humanitarian crisis in Occupied Balochistan is worse than the wars in Syria and Iraq and the Rohingya Genocide in Myanmar that the world media and international relief organizations have on their priorities; the international community’s aloofness, i.e. the UN, World Powers and international NGOs, to the Baloch Genocide is encouraging the rogue Pakistani state to use its criminal military -already responsible for the genocide of at least three million Bengaladeshis in East Pakistan and a global sponsor of terrorism- to commit, evermore brazenly, crimes against humanity. The Pakistani state has continued to intensify its military operations in Occupied Balochistan, particularly, in the areas of Awaran, Bolan, Dasht, Dera Bugti, Mand and adjoining areas. Pakistani military operations in Occupied Balochistan are not limited to the use of air and ground forces against Baloch populations but also include employment of Jihadist terrorist organizations as death squads and secret policing that involves abduction, torture and extra-judicial killings of Baloch activists. In a latest series of attacks, Pakistani forces raided the house of missing Baloch student leader Shabeer Baloch Awaran, who is abducted during a visit in Gwarkop area of Kech on October 4, 2016, along with scores of other residents. Pakistani forces also employ a policy of vindicative targeting to punish the relatives of slain activists. In one such operation, the houses of slain BNM founder, Ghulam Mohammad Baloch and his relatives were raided, ransacked, burned and valuables looted. Zahoor Baloch, a youth was killed during the raid while three more relatives of the slain leader were abducted. In Dera Bugti, Pakistani forces abducted several men during a military raid and seized a large number of cattle and valuables from the victims. The Pakistani forces also torched the homes of the targeted population. In another raid in Bolan, Pakistani forces abducted several women, children and men and dumped the mutilated bodies of Safeer Baloch, Sanaullah and Soofi Marri. The deceased’s’ bodies were seized, by the Pakistani forces, after they were killed during an aerial raid earlier this year. The same operation also claimed the lives of Ghulam Nabi Marri and his family of 14 members, Pakaar Marri and his family of eleven, four other women and four children with a total death toll of 36 lives. On December 18, in Tump, four more Baloch men were abducted by the Pakistani army. Details regarding the identities of two of the abductees were confirmed as Saddam son of Ellahi and Zubair son of Dad Mohammad. The families of the abducted men attempted a sit-in protest in front of the Pakistani army camp in Malant, Tomp, where the abductees are being kept. The protestors, however, were evicted from the location shortly. Ghani son of Musa, a lock maker who was called to take care of some repair work by the Pakistani military, to the Dasht cantonment, has gone missing. Salman son of Yaar Khan, Majeed son of Wahid Bux and others were abducted from Mand, which is undergoing a military operation for a second week now. On December 19, Naseer son of Ghulam Qadir, a shop assistant, was abducted from Awaran. On November 30, 2016, Liaqat son of Nazeer, Tahir son of Muhammad Umar, Fazal son of Pindok, Bashir Ahmed son of Dil Murad and Moula Bux son of Shambo were abducted during an operation in Mallan area of Jhaoo. Amanullah son of Haso was abducted from Kotto area of Jhaoo during a Pakistani raid. The mutilated body of Azeem son of Qadir Bux was dumped by the Pakistani two days after Azeem’s re-abduction. Abductee Azeem attempted suicide by jumping in a well in his home when a contingent of Pakistani army brought him to his home for further searching. Azeem’s Pakistani captors recovered him after forcing his neighbors to recover him from the well, where they found Azeem with a broken leg. The rescuers said that the badly bruised and battered Azeem told them that he had attempted suicide to escape his Pakistani abductors. He said, they had subjected him to severe torture and forced him to accept. Azeem said that he seized the only opportunity he had to escape his tortuous ordeal. but he was again taken by the army. On December 15, Azeem’s mutilated corpse was dumped by the Pakistani forces. The world must act and hold Pakistan accountable for its crimes against humanity before the evil of genocide claims one more nation. 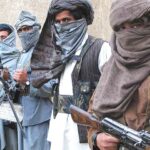